For André Rieu's summer concerts at the Vrijthof in Maastricht, Phixion designed and produced a classical temple. This 3-weeks-long event, with 4 concerts every week, is held annually by the famous violin player and orchestra conductor.

The entire décor was made with classic elements of a temple and we even added some cracks ans discoloured spots to make it look similar to a real antique Roman temple. The columns and roofs of the temple needed clear separation lines so that it would seem as if they were made from real marble blocks stacked on top and next to each other.

The roofs with the statues needed to have torn lines to give it the look and feel of an old temple. The frescos and statues were produced entirely in 3D and the highest statue of a women even measures 3 meters high. 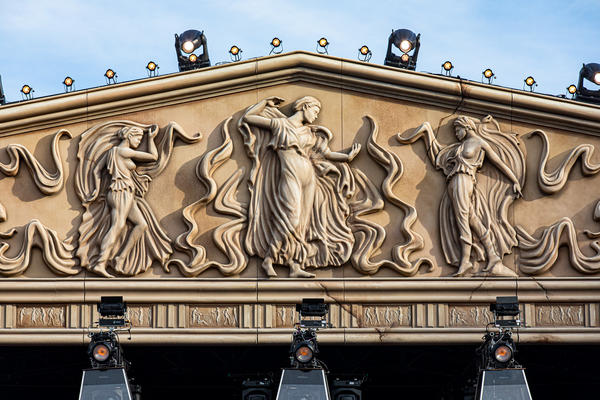 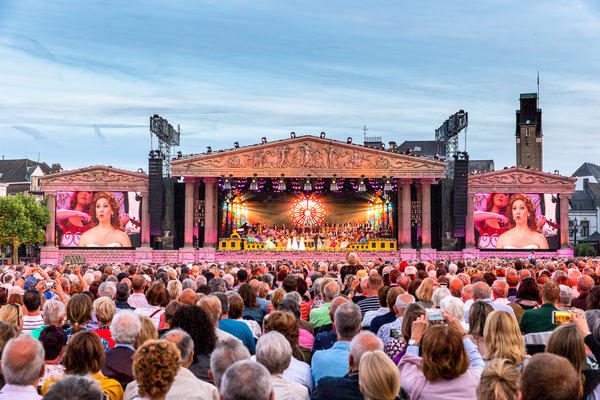 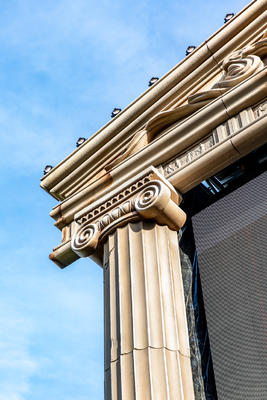 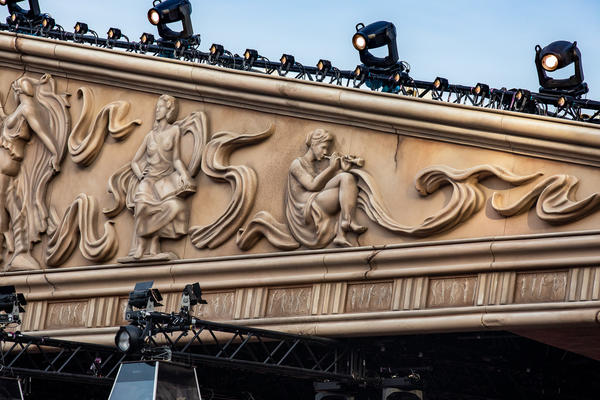