In 2013, Phixion produced the logo of Graspop in 3D to feature as decor on Graspop’s Metal Dome stage.

The polystyrene sculpture, measuring 12m x 9m, was mounted against the scaffolding. LED’s were integrated to light up the eyes. CO² jets were added to blow steam out of the impressive skull’s nostrils. As of 2014, this festival makes use of 2 main stages that are positioned next to each other. Since then, the 'Skull' is being displayed on a central position connecting the 2 main stages.

"Another beautiful example of what Phixion Creation can do as builder of your decors." 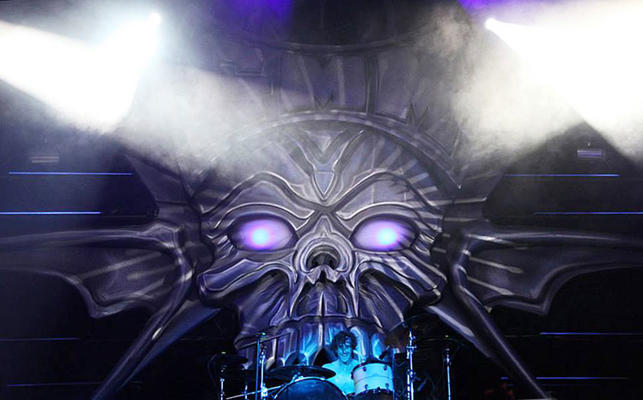 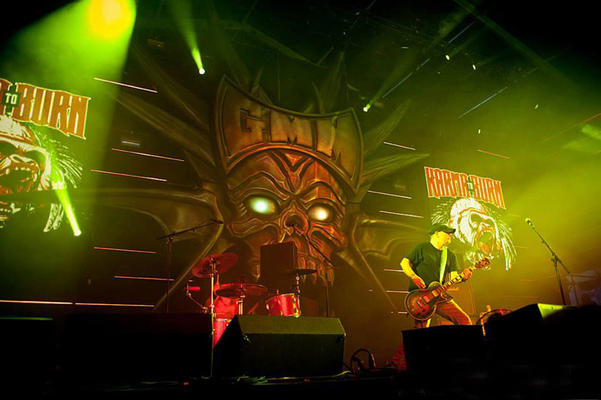 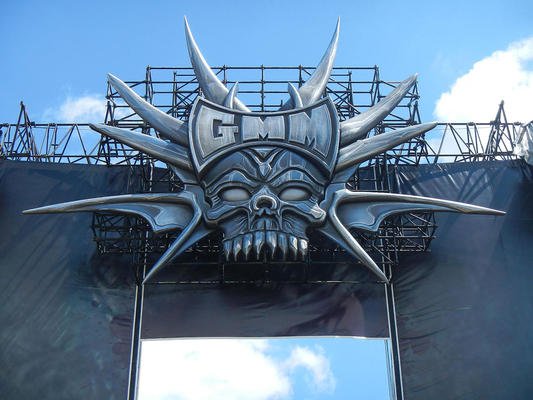 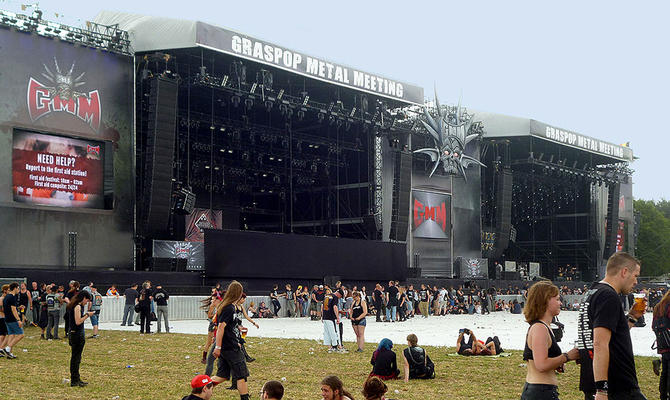 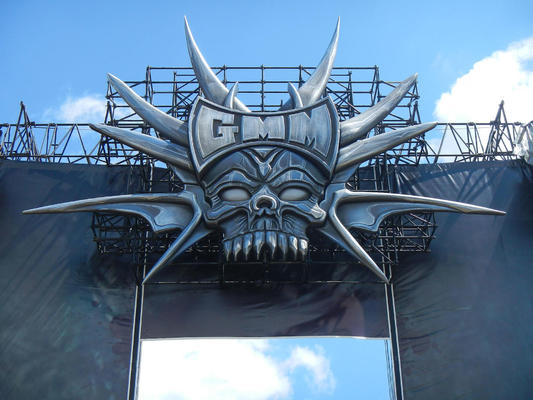