Although the old hangars of the military airport already appealed to everyone’s imagination, more fantasy was created by integrating a 'Cloud Machine'.

Existing roof, emergency passages and lighting taken into account... this project clearly was to be custom made. Huge fans, centrally a giant wheel of clouds and last but not least the conical tubes through which smoke blows. A more than detailed decor, which was fully incorporated into the existing shelter as if it had been standing there for years. 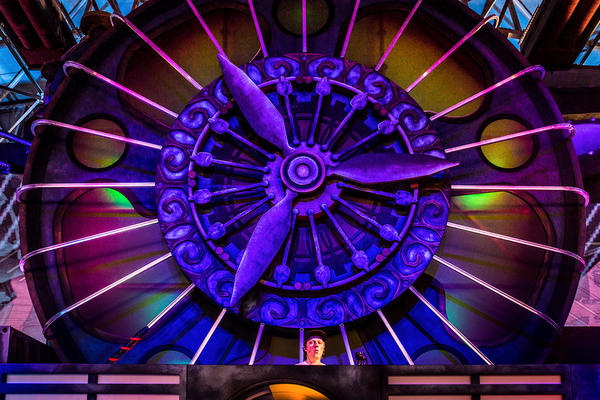 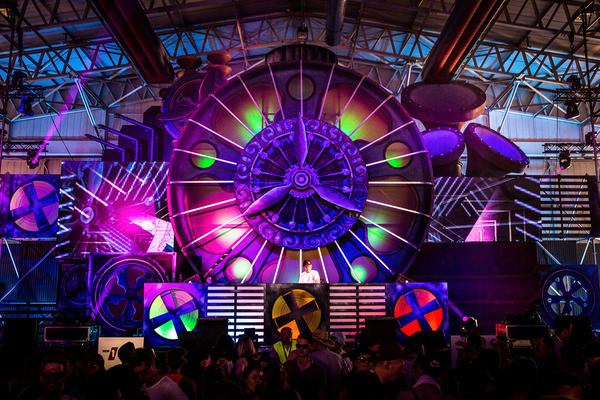 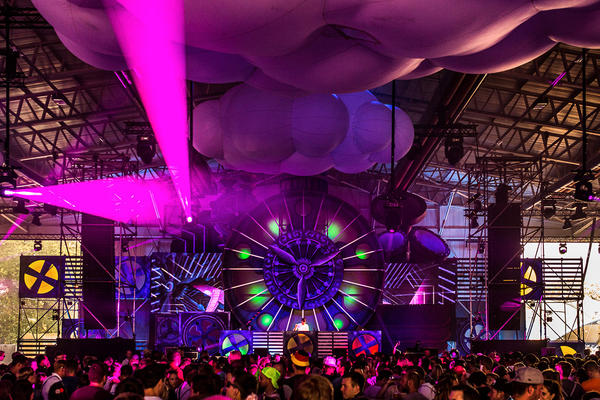