The Book Of Wisdom – Main Stage

... /Festival/Tomorrowland Decor/2012: The Book Of Wisdom

In 2012, Phixion Creation was involved in the construction of Main Stage at Tomorrowland. The Main Stage at Tomorrowland 2012 was all about 'The Book of Wisdom'. The stage decor consisted of a beautiful set of giant books placed both horizontally and vertically, with a gigantic main book 'The Book of Wisdom' as the centre piece, which could open and had integrated LED screens.

After receiving ID&T's design for the main stage, Phixion Creation worked on the technical drawings for the production of the books, in collaboration with scaffold designer "No Problem Stage Design" and with the technical assistance of WI-Creation for the rotary technology of the main book. Subsequently Phixion took care of building the dozens of giant books of 18 by 6 meters. The ID&T designer conceived the magnificent covers of the giant books; the Phixion team brought them to life, one by one! And thus the Tomorrowland main stage of 2012 began to take form; first in Phixions’ workshop in Beerse and later on at the meadows of 'De Schorre' in Boom.

The Book of Wisdom in figures 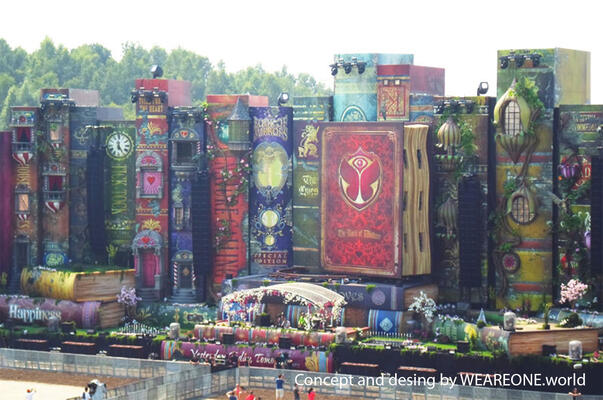 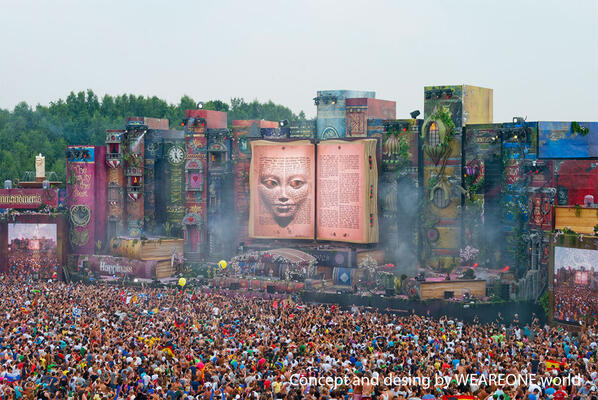 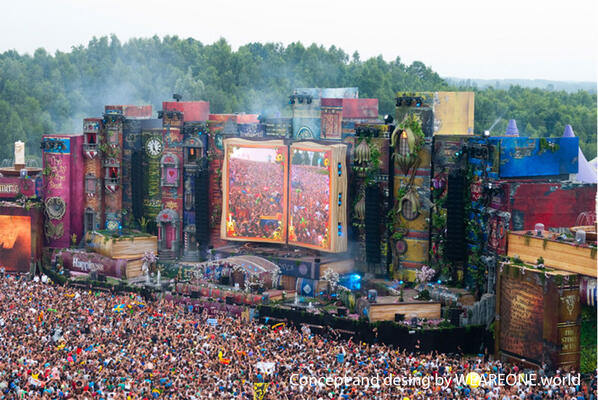 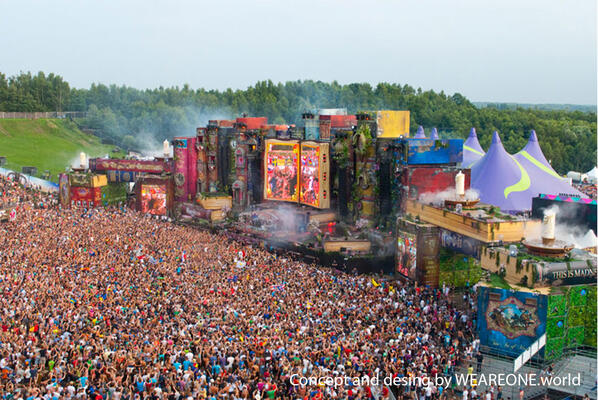 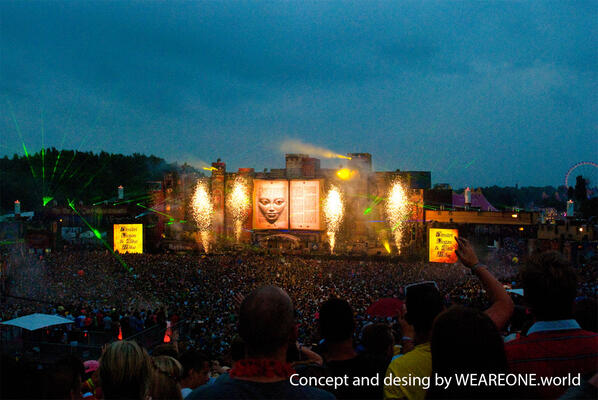 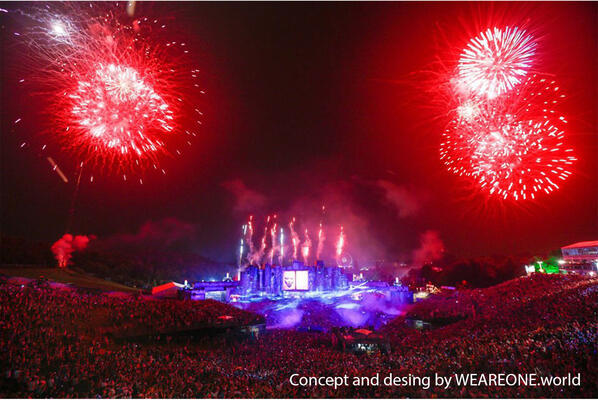